Into the Circle of Fear 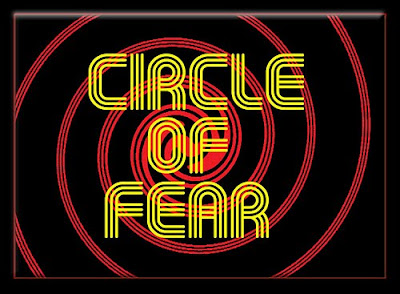 If pedigree insured success, then the 1972-73 NBC anthology series Ghost Story / Circle of Fear would have enjoyed a long, prosperous run. With executive producer William Castle at the helm, co-developed by Richard Matheson, and featuring scripts from notables the likes of Robert Bloch, Henry Slesar and Jimmy Sangster, the series sure looked on paper like it would be a winner. After all, heartbroken horror fans were due an apology after the network's shabby treatment of the final, truncated season of Rod Serling's Night Gallery the year before.

The series was initially structured around snifter-toting host Sebastian Cabot, who, as proprietor of the imposing edifice Mansfield House, would present tales of the bizarre and supernatural, more often than not centering around the dead haunting the living. The reputation of all parties involved was able to coax some superlative talent to the screen - Jason Robards, Helen Hayes, Patricia Neal, Karen Black, Jodie Foster. Melvyn Douglas, among many others. But the show could stand as Exhibit A

in the argument against the hour-long single-story format; most of the tales felt padded, the atmosphere of the uncanny dissipating long before the closing credits rolled. The first 14 anemically-rated episodes were telecast before Christmas of '72...and then came an intervention.

While America rang in a new year, Ghost Story rang out its title and host. Gone were Cabot and the Essex House framing device (which always struck me as an odd solution, as one of the standard knocks against anthology shows is the lack of continuing characters - was he unable to shake the Mr. French persona in the minds of viewers?), and in was the new title Circle of Fear, with a more in-your-face intro and a punchier theme from composer Billy Goldenberg. All other production credits remained the same, and the series managed another nine installments before NBC called it quits. (Ironically, this makeover was similar to the one that happened over at Night Gallery for its final season; however, that series took a turn for substandard scares more appropriate for a carnival funhouse - much to Serling's chagrin - whereas the changes that took place here were more cosmetic in nature.)

That's not to say that GS / CoF didn't have its moments: dead wife Stella Stevens terrorizing hubby Robards through his TV set in "The Dead We Leave Behind," the eerie cement block with the protruding harpoon in "The Concrete Captain," the titular moth that torments Janet Leigh in "Death's Head," and the haunted rocking horse discovered by Martin Sheen in "Dark Vengeance." But for me, the most consistently memorable installment was from a teleplay courtesy of Star Trek's D.C. Fontana and master fantasist Harlan Ellison first broadcast in January of '73. Every now and then I'll bump into someone who remembers the series, and the episode they'll bring up is "the one about the jars"...and then I know they saw "Earth, Air, Fire and Water," which explores that mysterious realm of the subconscious known only to those who create. Where does inspiration come from? And what happens when you really lose yourself in your work? (Night Gallery fans, look closely - you'll see artwork from Jaroslav Gebr, who painted the canvases for NG's pilot movie, as well as the paintings representing the Sixth Sense episodes that were stripped into the series when it entered syndication.)

I was delighted to be tooling around YouTube and discover the episode in its entirety. Unfortunately, the sound is very much out of synch; I hope it doesn't drive you mad, and you're able to compensate. Two of Ghost Story's episodes have found their way onto the recent collection of William Castle movies - and in pristine condition, I must say - so I'm hoping that the interest is sparked to re-master and release the entire 23 episode run of one of the greatest Woulda-Coulda-Shouldas in televised horror history.

Excellent excellent post! I've never heard of this series. Will definitely check out the episode you posted when I have longer than a hot minute.

By why only the inclusion in William Castle collections? Seems like this should get the separate release treatment.

I find the series on the whole to be more successful than you do, perhaps, but your criticism about the "padded" feeling of certain episodes is well taken. Still, flaws and all, it's one of the best series of its kind, in my view.

Do you or others here have any idea why the show changed titles and dropped Cabot? That development seems odd for many reasons, not least of which is that the scripts for such series are usually done well in advance. Perhaps, as you say, the changes were merely cosmetic, but still, I wonder why the producers thought that they would make a difference. I also wonder whether excised Cabot introductions for the remaining episodes don't exist, somewhere.

I'm not certain if there was some network interference, but I come back to my comparison to Night Gallery's retooling in the previous year. Serling famously complained that NBC was looking for "Mannix in a shroud," so it got a brassier new theme, and out were the adaptations of stories by Lovecraft and Derleth in favor of straightforward spook stories like "Fright Night" and "The Doll of Death." Serling called his treatment by the network during the last year the worst of his professional career - he tried to get out of hosting and to have his name removed from the project, but he was under contract.

The change to CoF just feels similar - a new title sequence and theme music that wouldn't be out of place on a Quinn Martin production. It's a very different feel from the dreamy opening of Ghost Story. Perhaps the network involvement was nothing more than a cancellation threat - after all, ratings for the show were never strong. Today a show with those Nielsens would be offed within a month. Perhaps the producers were just trying to finish out the year.

I've often wondered about those Cabot intros, too, and if there are some unused ones. If they followed the NG practice, the intros would have been the last things shot, and several of them at a time. It would be wonderful if these existed for all the CoF episodes. Were I in charge, I'd call the DVD set "Ghost Story," reattach the Cabot intros, and sell it with the subtitle CoF as tiny as I possibly could get away with. "Ghost Story / Circle of Fear" is just such a damn ungainly title to sell, but you sure could trumpet the list of guest stars. And I just believe anything with Matheson's name deserves respectful preservation, dammit!

Thanks for your prompt reply. I suspect that your speculations are true, and that your Night Gallery comparison is apt. I wonder, though, whether anyone has ever asked Matheson about the series in an interview?

Anyway, like you, I agree that with a talent roster that included Castle, Sangster, and especially Matheson--I gather he was the proverbial "hot property" after his success with The Night Stalker--the series deserves more respectful treatment. As you know, there are a couple of episodes on the new Castle collection, but with luck, we'll get the whole thing, some day, and perhaps even with restored Cabot introductions, if they exist and haven't been lost. Let's cross our fingers!


P.S. Your Quinn Martin comparison gave me a laugh. So true, though I hate to admit it (and show my age).

I just watched the documentary on Harlan Ellison "Dreams with sharp Teeth" afterward I started googling around for more of his television work to view and came across Circle of fear/ Ghost story.
This lead to hours of watching the show on youtube. I took a break and decided to dig around for more on the show and wouldn't you know, I ended up here reading the best most informative post I could find about it. Well, it's back to youtube now ( I'm in the middle of an episode with Susan Dey that is particularly good), Thanks for the great post and for always being a step ahead!-Unk

Thanks, Unk - I was making my way through those YouTube postings, too, but the out of sync sound was making me feel psychotic. I need to get back to watching them again, since it doesn't look like anyone's rushing them to DVD anytime soon!

1973 news article in which William Castle explains the change in the show's format:

Available at Amazon on DVD☺

Available at Amazon on DVD☺

I just came across this post, but wanted to point out that Night Gallery's final season on NBC was also '72-73--instead of the previous one. I've had a hunch that one of the reasons for GS/CoF not being more successful in its original run was that the network had both shows on the schedule during the same season.