As I mentioned on Monday's post, the Gold Key comic title Boris Karloff Tales of Mystery became a must-buy by the time I was a mere six years of age. However, it took only until the second issue for the title to feature something that simply scared me right out of my prepubescent mind, a fear that stayed with me for many years after.

In addition to illustrated stories, the Gold Key horror titles of the time also featured one-page text pieces, usually printed after the first full story, with real-life subjects that were taken from supernatural legends or the paranormal. It was as if each book was taken over for one page by the editors of Ripley's Believe It or Not, and these text pieces were my first exposure to stories of UFOs, the Loch Ness Monster, ESP, even the well-documented similarities between Abraham Lincoln and John F. Kennedy. But it was issue #24 of BKToM that told the terrifying story of...The Melody of Death. 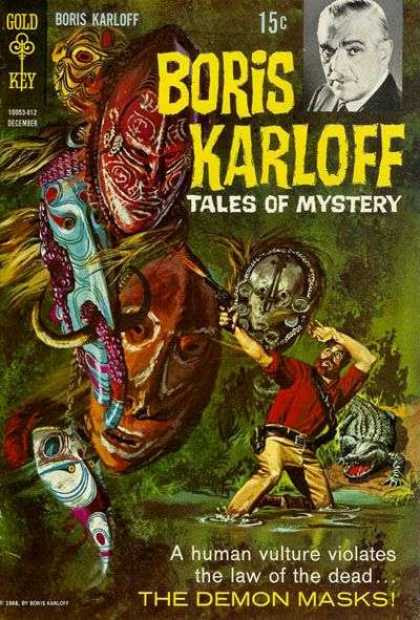 Accompanying the text was an ominous drawing by Gold Key artist Joe Certa; a radio was in the foreground, musical notes issuing forth from its speaker, while in the background stood a woman. Her head was lowered in profound grief, face in hand, her dark hair obscuring her features. She stood alone, bereft, moved to unspeakable melancholy by what she was hearing. It was a chilling sketch, replete with shadowy portent, but it didn't do justice to the tale told by the text.

In 1933 collaborators Reszo Seress and Lazslo Javor created a song that caught the attention of their native Hungary, and not in a good way. The tune was entitled "Gloomy Sunday," and its lyrics (translated from the Hungarian) tell of a love lost to Death, and the longing for reunion that only suicide can bring -

"Sunday is gloomy, my hours are slumberless.
Dearest, the shadows I live with are numberless.
Little white flowers will never awaken you,
Not where the black coach of sorrow has taken you.
Angels have no thought of ever returning you.
Would they be angry if I thought of joining you?
Gloomy Sunday.

Gloomy is Sunday; with shadows I spend it all.
My heart and I have decided to end it all.
Soon there'll be candles and prayers that are sad, I know.
Death is no dream, for in death I'm caressing you.
With the last breath of my soul I’ll be blessing you.
Gloomy Sunday."

The song was not a success initially, but (and what follows here may very well be apocryphal) reports surfaced over the next few years of the song being linked to a number of suicides, often of a very colorful variety...a man requested an orchestra to play the song, and then went home and shot himself in the head...a woman overdosed on barbituates and was found clutching the sheet music...suicide notes were written consisting of merely the two words of the song title...and in the incident that got to me, the comic book text piece told of a young boy bicycling down the street who, having heard a panhandler whistling "Gloomy Sunday," gave the man all his money, pedaled to the nearest bridge...and threw himself in the water to drown.

Gentle reader, that scared the daylights out of me; a 1968 comic book aimed at kids was the last place you'd expect to read of another child's actual death - and by his own hand. The notion that a song could exert such a powerful thrall over an otherwise well-adjusted person shook me to my core. I resolved that day on 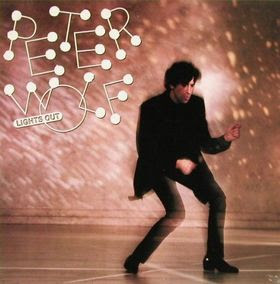 that I would never allow myself to hear the melody...and it was a pledge that I kept for almost 16 years - that is, until I picked up a copy of former J. Geils Band frontman Peter Wolf's solo debut LP Lights Out, and there on the second side..."Gloomy Sunday." But hey, I was a college student now, it was 1984, I was a double major in Music and Theater - what harm was it gonna do? So I listened to it.

To be honest, it is indeed a very mournful tune, and in the original Hungarian it has the most haunting, ineffable impact; given the subject matter, it is easy to hear how it could have a negative effect on someone predisposed to self-destruction. However, it is also worth remembering that Hungary has traditionally had the highest suicide rate among all European countries. (Stories of the song being banned after similar suicides in the US appear to be just that - stories.) In the last 75 years there have been hundreds of cover versions, with the most notable coming from Billie Holliday (no stranger she to depressing subject matter), Sarah McLachlan, Portishead and Elvis Costello. So here, submitted for your approval, is "Gloomy Sunday" in the original Hungarian, and a cover version by the inscrutable (and Icelandic) Bjork.

Oh, and one final bit of information...composer Seress died in 1968 from - you guessed it - suicide, flinging himself off a building. Just so you know.

See you here at the Jar tomorrow. I hope.

Great article! I have a few issues of BKToM -- I wasn't aware of that particular story. It was always fun to discover something that wigged you out in a comic (I seem to recall one of the "Tomb of Dracula" mags having that effect on me)